A first enlightenment came about when the spiritual teachers showed that humans are not so much possessed by demons as controlled by automatisms. They are not assailed by evil spirits, but by routines and inertias that force them to the ground and deform them. What impair their reason are not chance errors and occasional errors of perception – it is the eternal recurrence of the cliches that render true thought and free perception impossible.

Next to Gautama Buddha, Plato was the first epidemiologist of the spirit: he recognized everyday opinion, the doxa, the pestilence that does not kill, but does occasionally poison entire communities. Empty phrases that have sunk down into the body produce ‘characters ‘. They mould humans into living caricatures of averageness and turn them into incarnated platitudes.

And keep that portion of his creed

Which saith that woman is but dust,

A soulless toy for tyrant’s lust?

Whoever goes in search of humans will find acrobats.

END_OF_DOCUMENT_TOKEN_TO_BE_REPLACED

In times of old when Nature in her glad excess
Brought forth such living marvels as no more are seen,
I should have loved to dwell with a young giantess,
Like a voluptuous cat about the feet of a queen;

END_OF_DOCUMENT_TOKEN_TO_BE_REPLACED

It is of course precisely in such episodes of mental traveling that writers are known to do good work, sometimes even their best, solving formal problems, getting advice from Beyond, having hypnagogic adventures that with luck can be recovered later on. Idle dreaming is often of the essence of what we do. We sell our dreams. 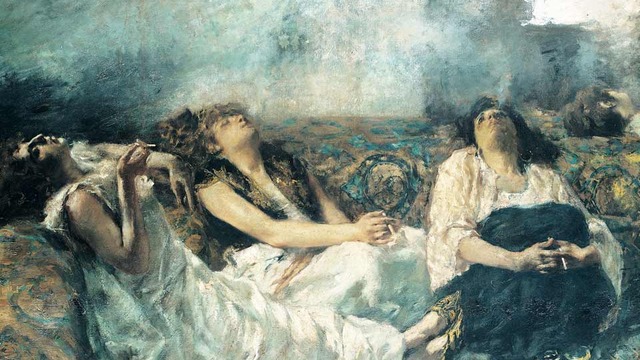