So, one day in Paris, 1960 William Burroughs met Samuel Beckett. They were sitting in a little restaurant, both already known writers, both already drastically changing the way people look at the world around them.

The author of ‘Naked Lunch’  was describing his (and Gysin’s) new invention – a cut-up technique of writing, which basically meant mixing together all kinds of texts, from classics like Dante to cheap newspapers in order to create chaotic, yet intriguing mosaics of sentences.

“Words don’t have brands on them the way cattle do,” Burroughs said.

We do agree with Mr. Burroughs. We are here to continue his ideas with a little help of the new technologies. This quote collection is meant to create new meaning from bits and pieces collected all over the human culture. We believe that all kinds of art can be mixed, not only verbal but visual too and music as well. We believe in freedom of expression and free flow of ideas. We came to a conclusion, that unlike alcohols, all kinds of original creativity can be blend into a healthy mixture. Finally, we believe there never is one right, authenic and discoverable meaning of an artwork. Our methodology is experimenting, we want to end up with something we hadn’t predicted. The accumulation of letters, paintings, graphics and sounds is just the first step of the project. More steps will be taken soon.

“The text is a tissue of citations, resulting from the thousand sources of culture.” – R. Barthes

About quotism: Now I’d like to say a few things on the topic given. It is not evident what this blog is about. First of all, what cannot be forgotten, is that each book or any other form of art is an entity and should be treated as such. It is not just a sum of its part nor it is composed of distinguishable, important and unimportant elements.

Then, what is the reason to take a sentence out of its context? How is it not abominable to cut off the roots, to hinder the full understanding? Well, maybe to some it is.

Others might argue for a simple fact that such a loose element is provided with a new life. Life of its own. Life with no imaginary constraints . For arriving at new interpretations and unexpected insight is our goal. That’s why we take from the vast chaos of art and culture what we feel would be worth seeing  and we don’t feel bad for doing it, not even for a moment. 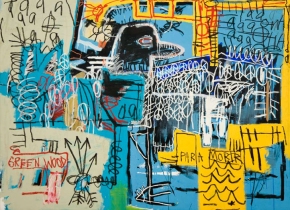 [For more thoughts about interpretation and context see classic  article by Stanley Fish: ‘ Is there a text in the class?’].

In the same way you can quote movies, just by cutting a frame and highlighting it. Then, it’s a new picture, it’s like a painting. Of course, you know some of them and think about the movie, but with others you have no idea what happen before and after, who is the person, what is he/she doing. If so, very well, it’s the beginning of a new story, your own  story.

Good day to you, reader!

I’m to be found in or in the vicinity of